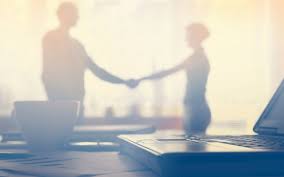 Robert “Rob” William Gessler, 55. On the morning of January 25th, 2021 Robert passed away peacefully at his home in Greenville, WI. He was born June 6th, 1965 in Queens, New York to Eugene and Carol Gessler, preceded by his sister, Denise. He was a loving husband to his wife, Sue Gessler as well as a devoted father to his children, Gina Helsel and Vincent Gessler.

As a teenager, Rob moved to Glens Falls, New York where he enjoyed skiing and dirt biking and received his bachelor's degree at SUNY Plattsburg. He then moved to Lansing, Michigan to be closer to his parents and completed his master’s degree in business administration at Saginaw Valley State University.  In Lansing, he met his wife of 29 years and fathered two children. Rob and Sue raised their children in Lansing for 25 years and later moved to Greenville, WI for Rob to further his career as a claims manager at Secura Insurance.

Rob enjoyed spending his time outdoors with his Alaskan Malamute, Caesar, and Siberian Husky, Cheyenne. He loved to take his dogs hiking and dog sledding at High Cliff State Park and other parks across Michigan and Wisconsin. Passionate about classic cars, he meticulously restored a 1969 Dodge Dart and won many “Best in Show” trophies at various car shows across Wisconsin.

An intimate service was held with his family members at his home. Condolences for Robert’s family can be expressed as donations in his name to the Saving Paws Animal Rescue in Appleton, WI (www.savingpaws.com).

To send flowers to the family or plant a tree in memory of Robert "Rob" William Gessler, please visit our floral store.

You can still show your support by sending flowers directly to the family, or by planting a memorial tree in the memory of Robert "Rob" William Gessler
Share a memory
© 2021 Valley Funeral Home. All Rights Reserved. Funeral Home website by CFS & TA | Terms of Use | Privacy Policy