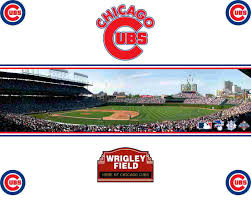 Richard F Schmidt, 76,  Appleton, aka: Mr. Cub, Cubby, Dick, Schmitty, Dad, Hon, Grandpa, and Mr. Schmidt, passed away, surrounded by family, on 2/7/2020. Born May 12, 1943 in Neenah, WI.  He loved that Ernie Banks hit his 500th home run on his birthday. He is survived by his wife, Lu, son, T.J. (Melissa) Schmidt, daughter, Kathy Schmidt, sister, Pat Miller, grandchildren, Lily and Alayna and nieces and nephews. He was preceded in death by his mother, Ernestine, and father, Frank Schmidt. Dick graduated from Neenah High School, got his BS degree at UW Oshkosh, and was in the National Guard. He taught at Highlands Elementary, in Appleton, for 31 years.

Friends called him the world’s biggest Cub Fan. When he met his future wife, his enthusiasm for the Cubs won Lu over and she, too, became a fan. She in turn, won him over by reciting the names and numbers of the ’69 Cubs. Two children later, Kathy and T.J. were also brought into the world as Cub fans.

He loved traditions. This was to be our 34th Spring Training in AZ. For decades, he played Santa, for friends and family. He was obsessed with gift buying for those he loved. Lu could expect at least 20 gifts under the Christmas tree. He and Lu celebrated their wedding anniversary with steak and champagne, the 12th of every month, for almost 49 years.

Our children meant everything to him. Daughter, Kathy, is a graphic artist/website designer for Wrigleyville Sports in Chicago. He loved that she worked for a store across the street from Wrigley Field. It was his dream come true!  When the Cubs hit a home run, she’d call him to say, “Holy Cow, or Whoomp there it is!” If she didn’t, she was scolded for not watching the game. He was impressed with our son's success as a marathon runner. As TJ ran races in places like Boston, Disney World, MN,  and cities in Wisconsin, Dick eagerly shared his stats with everyone. He was proud that his son works in IT for the Village of Fox Crossing and that he and his wife Melissa blessed our family with two beautiful daughters of their own.

He loved his “granddogs”, Brixen and Ernie. His “grandcats” not so much. We did catch him petting “Chewie”, the Maine Coon, when no one was looking.

We are honoring his wish to have his ashes placed in a Chicago Cubs Urn. He wanted a Celebration of Life instead of a formal funeral.

Thank you to our friend, Tracy, for all her advice during this difficult time and the medical staff at St. E’s for all their efforts. A special thank you to Karyn, Alison, Lisa, Amy, Denise and the crew in the Marketplace, for going above and beyond while Dick was in the hospital. You helped to create memories that we will cherish forever. One of our fondest memories will be of him holding the hands of his grandchildren when he was in the hospital. Lily smiles when she thinks of Grandpa and her mom trying to squeeze into the same seat at Disney World. In the words of our granddaughter, Alayna, Grandpa shines in our hearts.

A service summary is not available
Share a memory
© 2020 Valley Funeral Home. All Rights Reserved. Funeral Home website by CFS