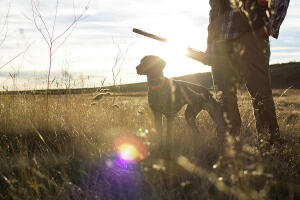 Gerald (Jerry) Ray Stifter, age 69, passed away peacefully at home surrounded by family on Wednesday, March 3, 2021 after a courageous battle with brain cancer. Born on June 10, 1951 to Otto and Dolores Stifter, he was raised in Grafton, Wisconsin. He later moved to Germantown, West Allis and Appleton before settling in Greenville. Jerry’s father was in the printing business, and he began to follow in his footsteps at age sixteen as a runner before advancing to various printing machines. He eventually became a commercial estimator, and it is this career path that brought him to the Fox Valley area in 1982. He began employment at Neenah Printing, a division of Menasha Corporation in September of 1982 and worked there until retirement on June 7, 2018 after thirty-six years.

Jerry met the love of his life, Gail (Ciesielczyk) in June of 1975 and they were married on August 12, 1978. They resided in West Allis before moving to Appleton, and eventually building a home in Greenville. They raised their two daughters and enjoyed camping, going to Wisconsin Dells, and traveling as a family. Jerry enjoyed hunting with his beloved dogs and could always be found in a field somewhere. He was in trap shooting and skeet clubs and won many awards. Jerry was an avid motorcyclist and purchased his first motorcycle at age sixteen. He owned many types of motorcycles and rode them until his cancer diagnosis in 2019.

Jerry was an active father, often attending his daughters’ sporting and academic events. Later in life, one of his greatest joys was being a grandfather. He was a wonderful grandfather to his four grandchildren and looked forward to spending time with them.

He is survived by Gail, his wife of forty-two years. He is further survived by his two daughters Jennifer (Travis) Spaay and Lindsey (Noah) Reinstein along with grandchildren McKenzie and Jersey Spaay and Audrey and Arlo Reinstein. Jerry is survived by brothers Ronald (Patricia) Stifter, James (Jeredith) Stifter, and Randy (Bev) Stifter. He is also survived by his in-laws, Ned (Kathleen) Ciesielczyk, Joseph (Susan) Ciesielczyk, and Kay Meddaugh. as well as many nieces, nephews, great-nieces and great-nephews.

He is preceded in death by his parents, Otto and Dolores and in-laws Chester and Catherine Ciesielczyk, as well as many beloved aunts and uncles.

In lieu of flowers, his family is requesting donations be made to the ThedaCare Cancer Center or Children’s Hospital at ThedaClark campus in Gerald Stifter’s name. Details will be provided at the visitations. Jerry’s family would like to thank St. Paul Elder Care, Thedacare At Home Hospice and HomeInstead Senior Care for their wonderful care of Jerry in his final months.

Visitation for Jerry will take place on Thursday March 11, 2021 from 3pm to 7pm at Valley Funeral Home (N1858 Greenville Drive, Greenville, WI 54942). A private family memorial service will take place at St. Mary of the Immaculate Conception (N2385 Municipal Drive, Greenville, WI 54942) on Friday March 12, 2021 at 1pm.  There will be a visitation prior to the service from 11am to 1pm. A mask is required by both locations.

To send flowers to the family or plant a tree in memory of Gerald Ray Stifter, please visit our floral store.