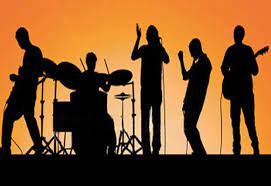 Gerald “Jerry” Gregory Graham was born September 25, 1939 to William and Valeria Graham in Neenah, WI. As a child, Jerry enjoyed spending time on his cousins’ dairy farm. When he was a young man, Jerry went into the Marine Corps and served in a communications unit in Okinawa, Japan and was an Expert Marksman. Jerry had many jobs that included working construction in California with his brother, Leroy, to managing a gas station in Appleton and working at Zwickers Mill in Appleton, until he discovered his skills as a salesman. He started his own business “Jerry’s Radio and Speciality”, selling and fixing CB radios, then eventually selling large satellite dishes and some small satellite dish systems. But Jerry’s favorite role was founding The Midnighters band in which he sang and played the guitar. Jerry was very proud of the band as he could entertain any crowd with old time, country, 50’s/60’s, polkas/waltzes, and a variety of dance music. Jerry had a distinctive bass voice and was especially talented in singing Johnny Cash songs. In addition to playing for dances, The Midnighters won several local and regional country music competitions and competed at the Hodag music festival in Rhinelander for nine consecutive years. The Midnighters also opened shows, as well as being the back-up band, for national recording artists Faron Young and Dave Dudley when they came to Wisconsin. The Midnighters were favorites to be heard at the Manawa Rodeo for more than 25 years.

On April 7, 1964, Jerry married Katherine (Johnson) in Appleton, WI. Together, they had a daughter, Sherri. Jerry lost the love of his life when Kathy preceded him in death on October 31, 1976. Jerry kept and shared the many happy memories he had of their short time together until he joined her forever on Tuesday, November 2, 2021.

Jerry enjoyed taking memorable trips with Sherri and their Yorkie terrier, “Jumbo”. Driving out west there was lots of sight seeing on the way.  Reptile garden, Mount Rushmore, the Grand Canyon and onto Circus Circus in Las Vegas. One very special destination was the Pacific Ocean, Sea World, and Disney Land.  Another journey was to the 1982 Worlds Fair in Tennessee where he discovered Jelly Belly, jelly beans (He was totally taken with them. Watermelon and root beer being his favorite).  He loved driving “through” the clouds in the Rockies.

On May 18, 2001, Jerry married Kelly Bekkers in Freedom, WI and lived there until he died. Jerry loved and enjoyed much comfort from their dog “Baby”. He liked to go to auctions and gun shows where he could meet new people and strike up a conversation.

We would like to express our gratitude to Dr. David Anderla for his dedication in caring for Jerry over the years, to the ThedaCare Medical Center-Appleton Emergency and ICU departments during his brief stay, and to the ThedaCare at Home Hospice staff for supporting his return home.

To send flowers to the family or plant a tree in memory of Gerald Gregory Graham, please visit our floral store.