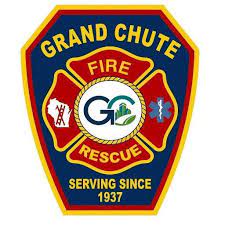 After living nearly 60 years, Daniel “Dan” Paul Hegner, Sr. left us suddenly and sadly on Thursday, April 1, 2021.  He was born on a Monday, June 12, 1961, during a down pouring rain storm, the last of nine children of Melvin and Doris (Hinz) Hegner. Dan was raised on a fourth generation dairy farm, “The Hegner Homestead”, in the Town of Grand Chute. He carried on the farming operations he learned throughout the rest of his life.

He met Dorene “Dorie” Lyons at his brother Bill’s wedding in 1980 and married her on May 2, 1981 at St. Bernard Catholic Church in Appleton.

He had a passion for driving semis, locally or cross-country, logging thousands of miles. He and his brother, Bill, owned and operated Hegner Express, Inc., established in 1997. He was a volunteer firefighter, along with his father, serving the Grand Chute Fire Department from 1980-84. He enjoyed working with his backhoe and tractors, preferably CASE IH. “If it’s not red, it stays in the shed.” He also loved to personalize his vehicles and machinery, sometimes pushing their mechanical limits to the breaking point just to modify and make them better than their original design.

If you ever needed anything, he gave it to you or he would know where to find it.

He was a great husband and dad and got his boys where they are now. He taught them and his nephews a lot of his “life-learned” lessons and skills. He is greatly missed already.

The funeral service honoring Dan will be held on Wednesday, April 7, 2021 at Valley Funeral Home, Appleton with Mr. Mike Huff officiating. Visitation will be from 4 to 7 p.m. with the funeral service to follow at 7 p.m. A funeral procession from Valley Funeral Home to Appleton Highland Memorial Park Cemetery will be held on Thursday, April 8, 2021.

In lieu of flowers, a memorial is being established.

To send flowers to the family or plant a tree in memory of Daniel "Dan" Paul Hegner, please visit our floral store.