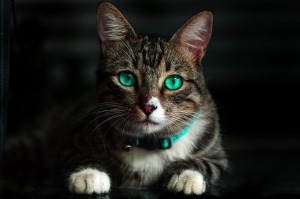 Todd William Timmers, 50, died unexpectedly due to health issues on Tuesday August 6, 2019. He was born December 23, 1968 in Appleton, son of Terry Timmers and Diane (Schulz) Tyrrell.

Todd graduated from Appleton West High School in 1987. He worked as a cook at various restaurants and supper clubs around the Fox Valley. Todd enjoyed all sports; he was especially a baseball fanatic. He loved his three cats, and enjoyed beer, insects, and anything related to military history or space exploration, Todd always said he would like to go to Mars.

In keeping with his wishes, a private family service will be held.

Todd, “You always did things your way, until the end. You are finally at peace”.

To send flowers to the family or plant a tree in memory of Todd William Timmers, please visit our floral store.

You can still show your support by sending flowers directly to the family, or by planting a memorial tree in the memory of Todd William Timmers
Share a memory
© 2020 Valley Funeral Home. All Rights Reserved. Funeral Home website by CFS & TA