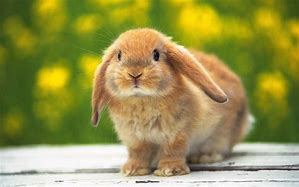 John was born to John L. and Sandy (Gill) Ellenbecker on July 12, 1980 in Appleton, WI.  Growing up, John loved pestering his older cousins while working in Grandpa Gilbert’s wood shop, and playing with his rabbit, Pepper.  He attended Appleton West High School and graduated in 1998. While there he met his 3 lifelong friends, Brother Lee, Wayman, and Tom.   He spent most of his junior and senior year doing work study building homes and businesses in the area.

After high school, John went to work for Bergstrom Automotive.  They sent him to FVTC where he earned his Associates degree in Automotive Technology.  He also had a wonderful opportunity to visit Germany while in the program. He came home with a taste for their food and beer.  John went to work for Oshkosh truck for a while before he found himself at MCC.

John enjoyed being a father to his son James.  He often helped his son with homework and odd projects around the house.  They bonded over their bunny Zippy, and as James got older, their love of shooting sports.  In the end, John’s only regret was that he would not get to see his son grow up.

One of John’s lifelong pursuits was shooting sports.  He began as a junior at Appleton Rifle and Pistol club when he was twelve years old.  He was very proud of the rifle he purchased with his father. He used it to become a state champion at the age of eighteen.  Recently, he became the director of the junior program there. His passion for life was never more evident than on the range.  He hoped to inspire youth with goal setting skills, dedication to learning, and respect for others and their craft.

John is survived by his partner and wife Nancy; son James; mother Sandy (Gill) Ellenbecker; Sister Gina (David) Struensee and their children Jake and Nate of Menasha; as well as many other family, in-laws, and friends.

John is preceded in death by his father John.

Memorial service for John will be held on December 20, 2019 at 5:00 PM at VALLEY FUNERAL HOME Appleton, WI, with Rev. Rose Mc Curdy officiating. A visitation will begin at 1:00 PM at the funeral home until 5:00 PM with the service to follow.

His family would like to thank the staff at Theda Clark second floor south, rehab center, Encircle Health cancer center, and neuroscience for their excellent care.  In lieu of flowers, John would like donations directed to the Wounded Warrior Project, and St. Jude’s Children's Hospital.