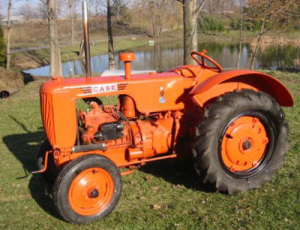 Glen worked for Kimberly Clark as a machine operator, until his retirement in 2007. He enjoyed his years of retirement. Glen was an avid tractor collector. He and Dana had the old Case 30 and a Ford 51. Glen and Dana traveled in their motor home all over Wisconsin going to the tractor shows, where they liked to meet with his friends and enjoy their time together. He also enjoyed going to car shows and taking his 1964 Dodge 440, often with his brother Patrick, taking their cars on rally rides with the car club. On Saturday’s, Glen could be found working with #56 Tim Rothe racing crew. He would be in the racing pits enjoying the comradery with the crew as they cheered on #56. If there was something going on, Glen was always game for some fun.

A celebration of Glen’s life will be held at a later date.

Anybody that knew “Grunt” understood what a giving friend they had. If you needed help or just needed someone to hang out and talk with, Glen was that person. He always had time for his family and friends. Glen didn’t have time to be sick, he had things to do and people to meet up with. Glen will be missed by his family and friends. “A big hug to you Glen, you will never be forgotten”.

To send flowers to the family or plant a tree in memory of Glen James DeGroot, please visit our floral store.

You can still show your support by sending flowers directly to the family, or by planting a memorial tree in the memory of Glen James DeGroot